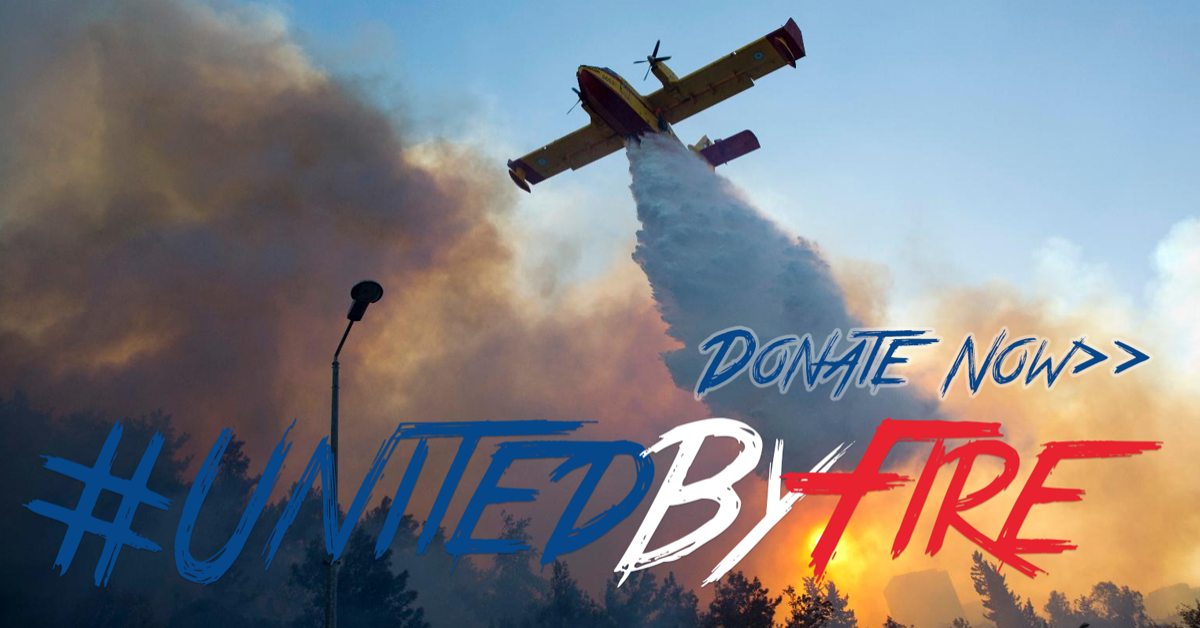 For the last several days, Israel has experienced a devastating wave of terror-related arson that has ignited massive fires across the entire country.

Thousands have been displaced, dozens hospitalized. The damage is widespread and the fires are still raging. 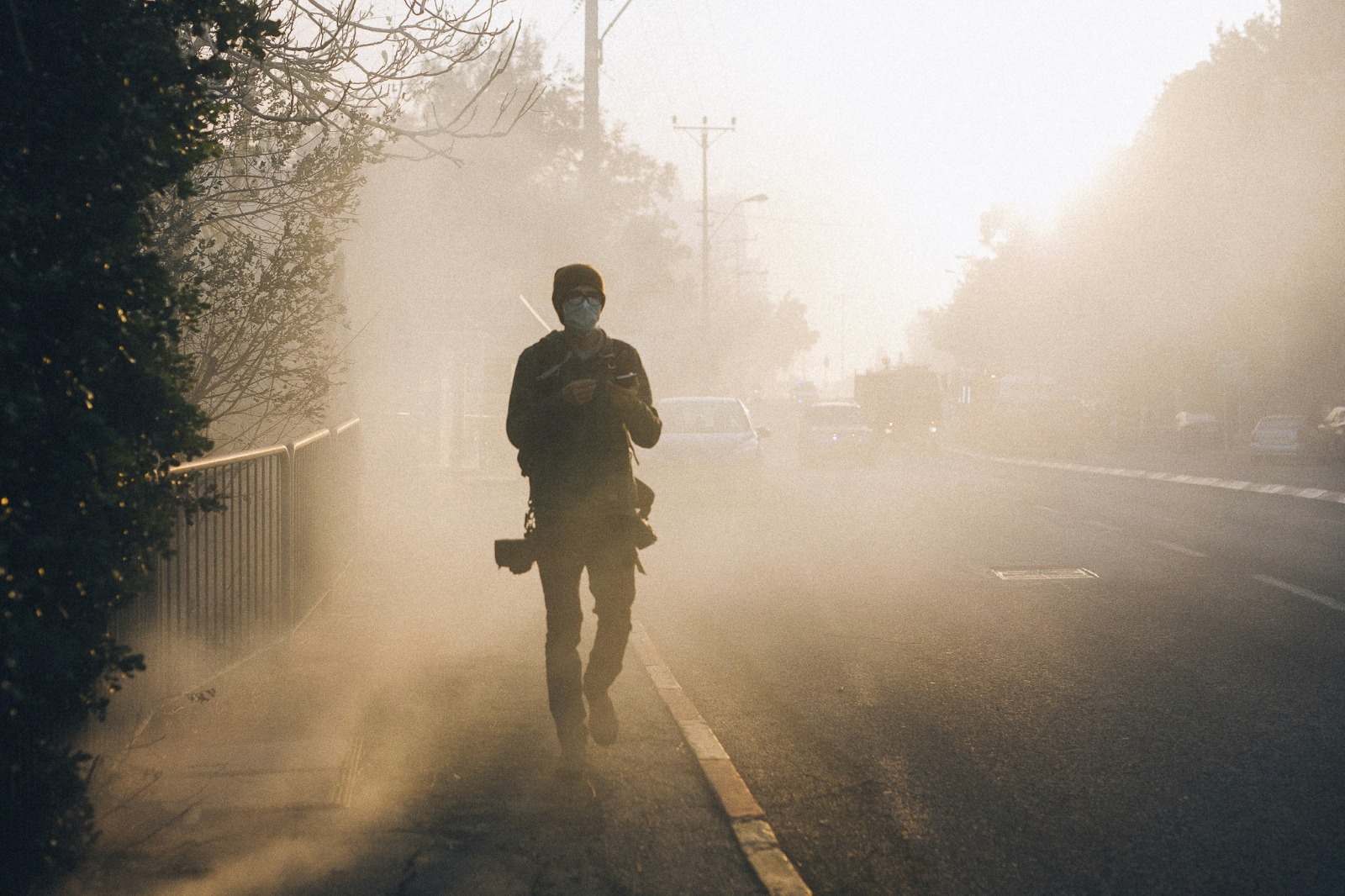 Pizza, toys, diapers, clothes… These are some of the things our tireless volunteers have been distributing around the country to aid the families affected by the brush fires.

Join us in providing help to those in need. Join us in giving back to a country that is always on the front line of disaster response.

Join us and let’s put out the fires, together.

Toda and Am Israel Chai!

Liami Lawrence of the KeepOlim movement and his crew are working tirelessly around the clock, communicating with the victims, the municipality, the emergency forces and contractors to ascertain exactly where our funds are best put to use. They have set up 32 collection centers around the country for people to bring in donations ranging from clothes and bedding to toys and diapers. 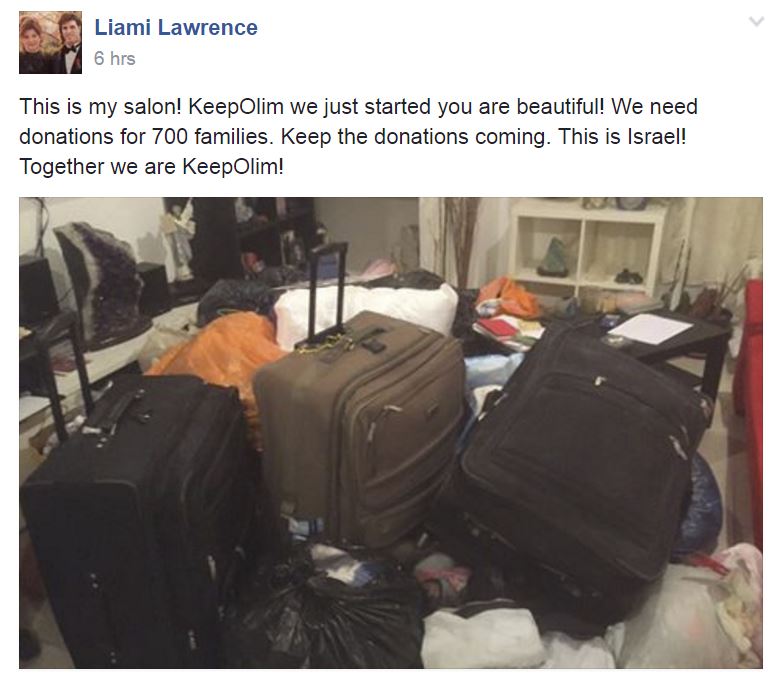 Liami Lawrence, founder of the KeepOlim Movement, shares a photo of his living room, now full of cloths and more, donated by generous citizens around the country

In addition, we’re coordinating with the group that’s helping the residents of Neve Tzuf, one of the hardest-hit towns, rebuild. Scroll down for live updates as they develop.

Though we will only be able to receive the donations at the end of the campaign, which is 13 days from now, we haven’t been sitting around waiting, and have been using—and exhausting—our own funds driving around, handing out pizzas, collecting clothing, purchasing baby formula, recruiting property-owners who’ll donate rooms through AirBNB…

At this point, we need your assistance. We need the word out, we need to drive traffic to the campaign and reach as many potential donors as we can, whether on social media, email lists and personal networks. In return, I will personally document the stories of the people benefitting from your efforts, and will publish them on Humans of Jerusalem, and you’re free to share them as well.

If you need assistance from the fund, or can donate items or services, please fill out this form: https://goo.gl/forms/WJaqOw8Acz6OZMXv2

This endeavor is bigger than any one person, and so Humans of Jerusalem has partnered up with some of the biggest pro-Israel entities worldwide to raise awareness of the crisis, as well as raise much-needed funds for victims of the fires. Some of our amazing supporters include:

We will be sure to post updates as they come—stay tuned!

*This campaign is officially backed by Jewcer, which means they are forfeiting the fees for all donations. Thanks, Jewcer!

*Update: There have been reports of issues with PayPal. Jewcer has investigated and realized it is due to the fact that they set the processing fees to zero. To correct this, they have restored the fees but have promised to donate them all back into the campaign. As for us, thank God, we have jobs and are doing this in our spare time. No 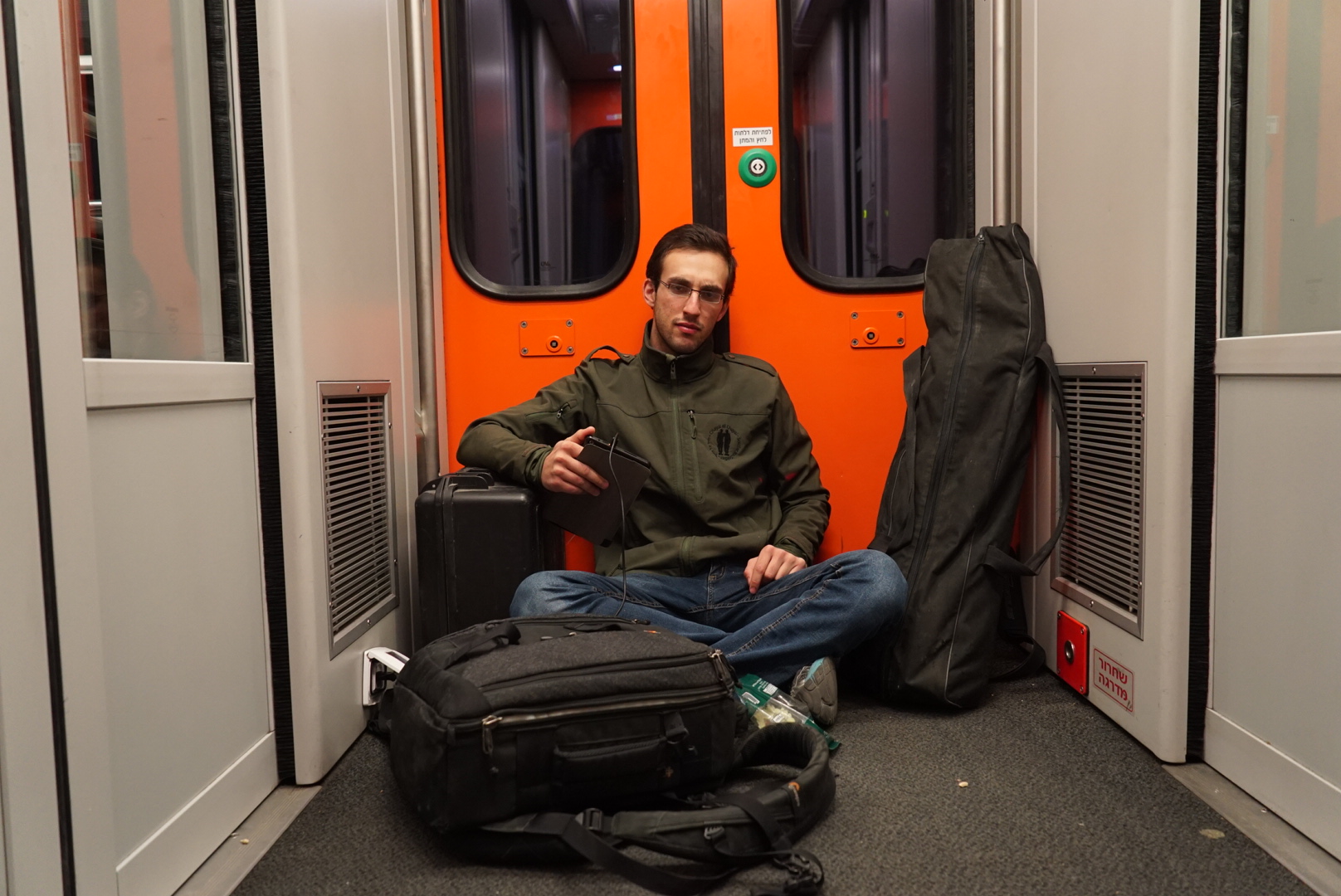 Just arrived in Haifa, first order of business is to touch base with our people on the scene. I’m heading to Romema, a local neighborhood where a camp has been set up for the volunteers. Photos shortly!

An open letter from the founder of Humans of Jerusalem: 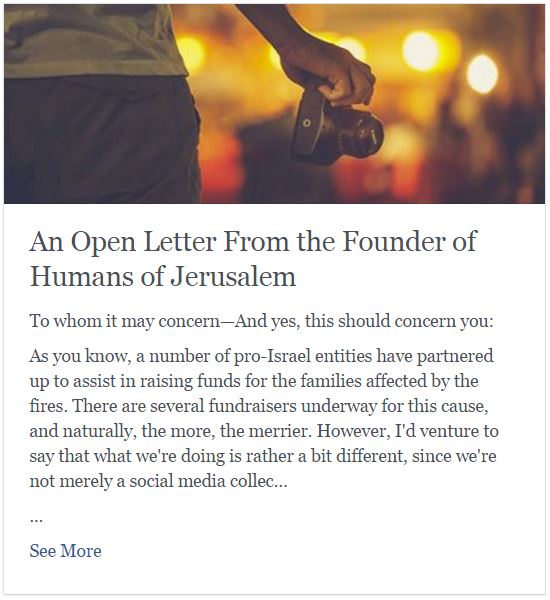 I’m proud to say that we’ve expanded to 32 collection centers country-wide, and we’re getting more donations than we can handle. 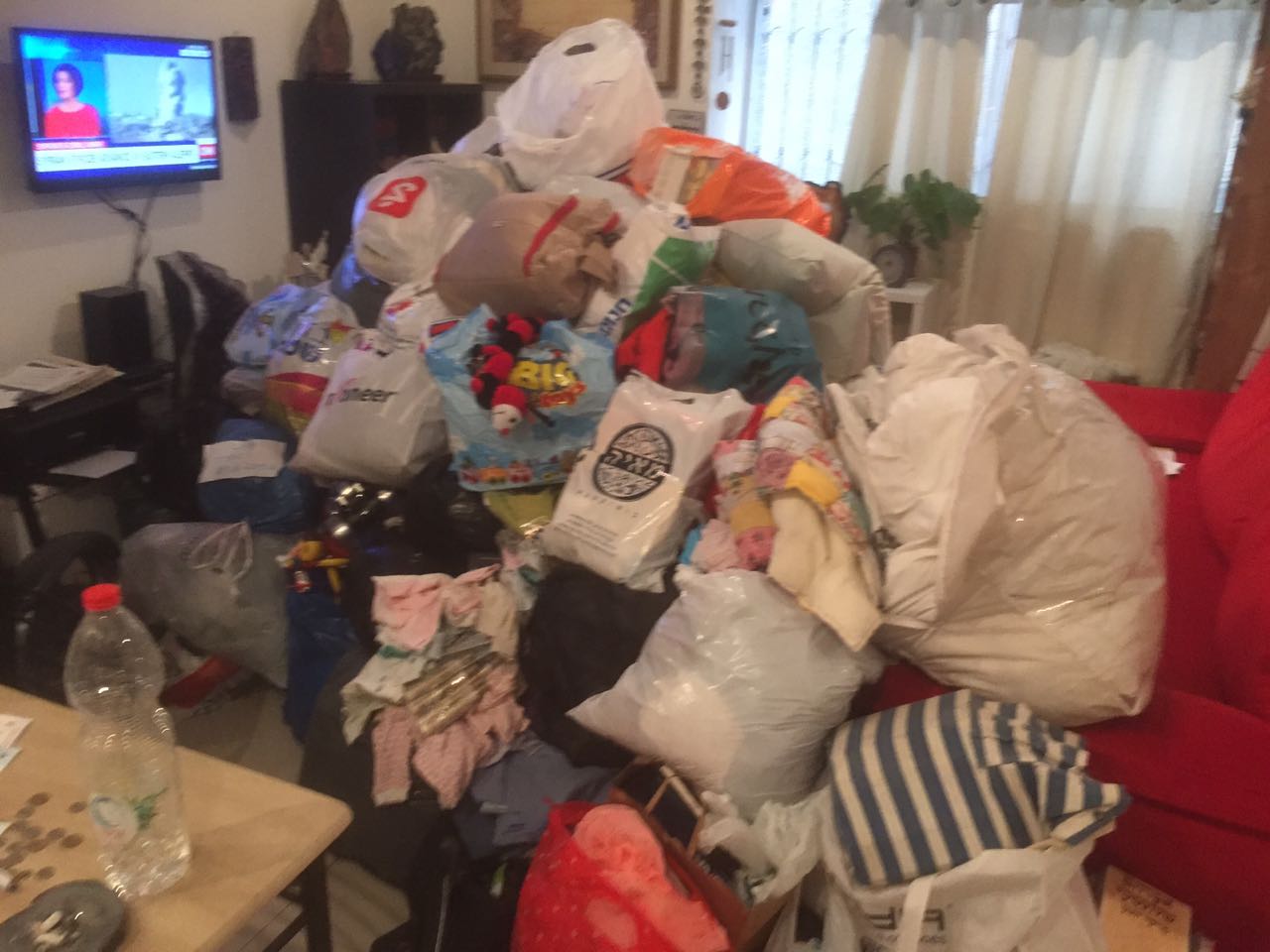 Tomorrow, we’ll be renting trucks to transport everything to our two staging areas in Zichron Yaakov and Haifa, where they’ll be sorted and distributed. If you’re in need of assistance or can provide a service or an item, use this link and we’ll be in touch with you: https://goo.gl/forms/WJaqOw8Acz6OZMXv2 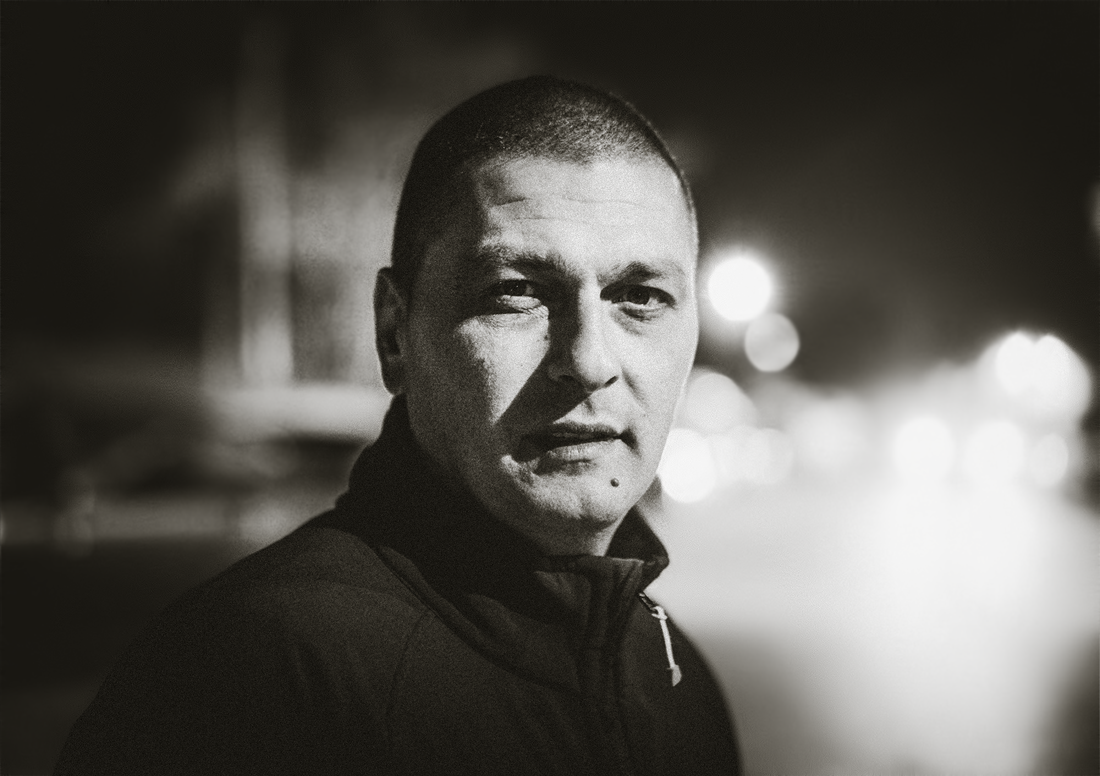 “I’ve been a firefighter for the better part of twenty years. When the fire broke out in my backyard, I didn’t hesitate. There was a fire hose nearby and I didn’t want to waste time waiting for the trucks to arrive. The thing you need to understand is that with forest fires, the priority is putting it out, whereas in an urban area, you first focus on extraction. What we had here was not a simple call, because the fire had spread from the trees nearby to the building, so we had to refocus our efforts and make sure everyone was safely out of the building before we returned to containing the fire. Thank God, we got it under control with no serious injuries. My whole team got free tickets to the Air Supply concert, which was really cool. Now, we work on rebuilding, and we’ll get through this, just like we’ve done in the past”.

Simcha Jessel is a Canadian-born journalist and the founder of Humans of Jerusalem. Based off Humans of New York, the world-famous blog created by Brandon Stanton, whose colorful stories of ordinary people from the street inspire and connect people from across the globe, it has inspired many cities around the world to create similar projects of their own. Fiercely proud of his Jewish/Israeli roots, he has always viewed it as an honor and a responsibility to document the people and the stories he has had the privilege of collecting throughout the course of the five years he has spent as a photojournalist and documentarian in the region.