Yes
Home / Projects / Help us to build a Memorial in Izyaslav, Ukraine, honor the memory of 8000 Jews killed there in 1941 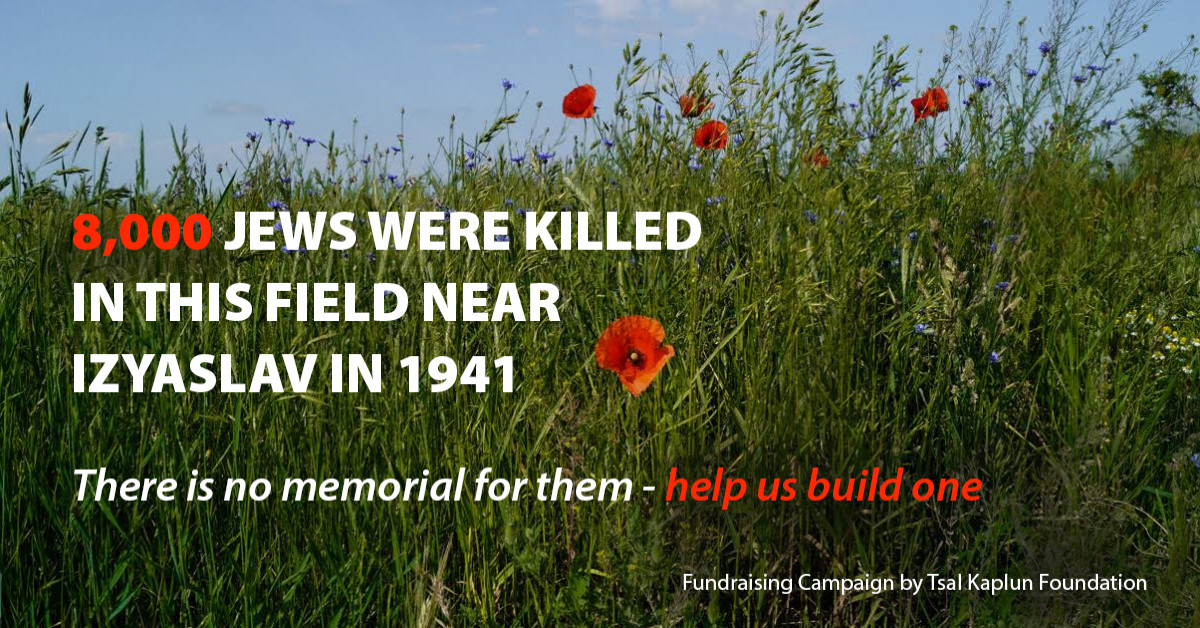 Help us to build a Memorial in Izyaslav, Ukraine, honor the memory of 8000 Jews killed there in 1941

Approximately 3 millions Jews were killed in the territories of the former Soviet Union during the Holocaust with about 1.5 million Jews in the Ukraine. The pace was unrelenting. In 1941, from June 22 through December 31, 2590 Jews were massacred every day in Ukraine. Entire families were often wiped out in a single day – grandparents, adults and children. They were murdered in forests, Jewish cemeteries, anti-tank trenches, on the banks of rivers and in the rivers themselves, and in pits dug along the way (mostly by the victims themselves).

We all have an understanding of the cruel horrors wrought throughout the Holocaust but what is not widely understood is that of the 2,000 known killing sites only a fraction has any form of memorial or monument.  Without taking steps these sites will likely fade away from our memories.

WHAT MONEY WILL DO

The money you contribute will help to fund a memorial project in Izyaslav, Ukraine.  Once complete we will take what we have learned and start our next memorial project. We see this work worthy of the attention of all peoples who are committed to peace and building bridges not just to the past but to those alive today.

Help us to build a Memorial in Izyaslav, Ukraine, honor the memory of 8000 Jews killed there in 1941

Saving and changing the lives of new Olim in Israel every day!