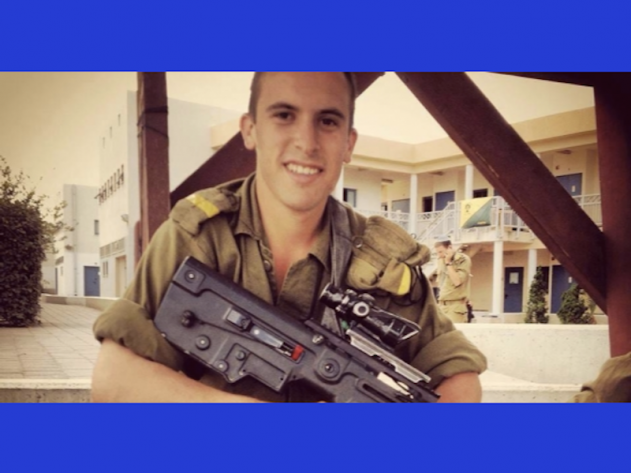 Our beloved son and brother Sergeant Max Steinberg was born and raised in Woodland Hills, a suburb of Los Angeles, California. In June of 2012, 22 at the time and the eldest of our three children , Max travelled to Israel for the first time along with his brother Jake (20) and his sister Paige (18). This trip was sponsored by Birthright and all of our children gained a better appreciation of the land and a clearer understanding of the challenges and opportunities for Israelis and their neighbors.

Max, in particular, fell in love with the country and the people in a very profound way. Max told us while still traveling in Israel that he felt a special connection to Israel and that he planned on volunteering to serve in the IDF. Max understood that, due to the volatility of the area and the size of the country, serving in the IDF was mandatory for the citizens of Israel. Max shared with us that he could not consider making Israel his home without doing his part to defend her.

Following his heart, Max returned to Israel on September 11, 2012. True to his calling, Max enlisted in the IDF, began his training in Hebrew in December, 2012, and completed advanced training with his Golani 13 Brigade in November of 2013. Max grew as a person, he became a man. While small in stature, Max was only 5’3” tall, he was extremely competitive and very dedicated to being the best that he could be. Max earned high achievements and recognition as the best sharpshooter in his class.

Max was stationed with his Golani 13 Brigade near the Syrian border when it was decided that Israeli forces needed to take action. Within hours they were repositioned on the front line and entered Gaza where Max lost his life on July 20, 2014 in combat during Operation Protective Edge, defending his new home, the State of Israel.

This campaign is good for the Jewish people because the Torah represents our history, culture, and values. The Torah is central to our identity as a people. We are proud and beholden to defend it. This Torah will serve as a reminder that our cultures and traditions are worth fighting for and it will bring comfort to those protecting Jewish life.

We have commissioned the writing of a special and meaningful Sefer Torah, at the cost of $50,000. Upon its completion, we will present this portable Torah with a bullet proof cover to Max’s beloved Golani 13 Brigade. This Torah will perpetuate Max’s legacy and it will show our gratitude for the men and women in the IDF who put their lives in harm’s way for Israel, democracy, and Jews throughout the world.
If our goal is surpassed, all additional funds, will be used to support additional ritual items for the IDF, and ideally a second Torah.
DMB Fund is a tax-exempt organization, and all contributions are tax-deductible according to IRS (501(c)3) regulations. “No goods or services were provided in exchange for your donation. Please consult a tax advisor.”