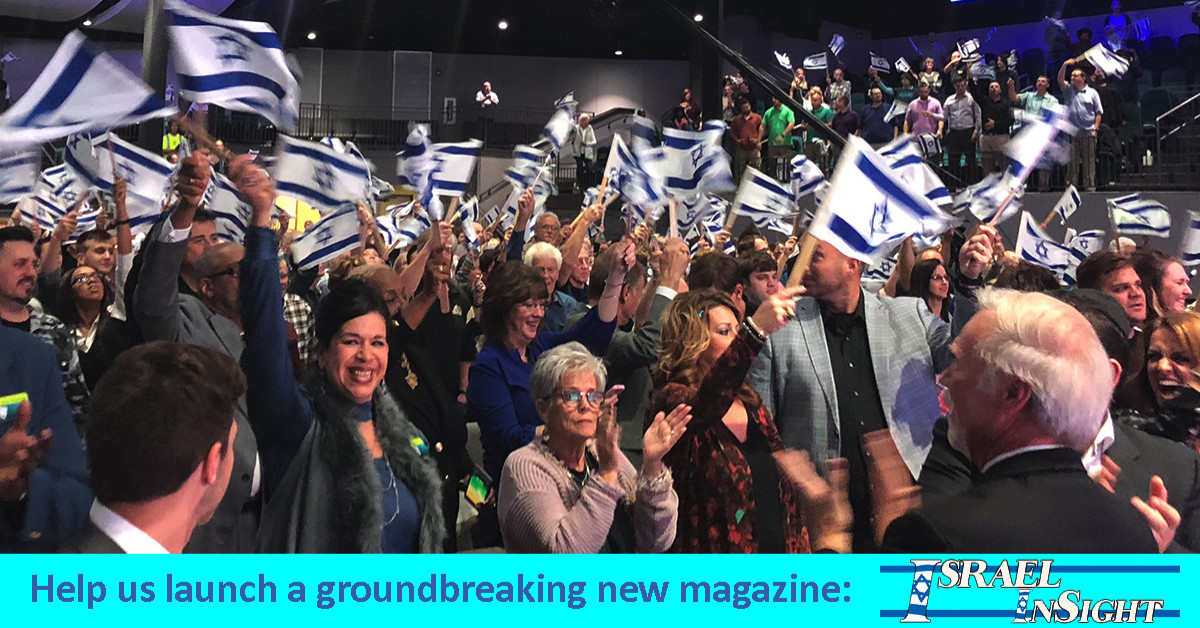 In today’s world, we are constantly bombarded by false information about Israel. There always has been biased and anti-Israel rhetoric in the news, but the pervasiveness of misinformation nowadays makes it hard to know what to believe. This is especially apparent when it comes to the growing alliance between the Jewish community and the pro-Israel Christian community. It is a relationship that is of utmost importance, yet it is often misunderstood and not fully appreciated by the Jewish community, and many Christians are looking for a way to learn more about the Jewish community.

For 30 years, Southern Jewish Life magazine has been covering the story of the Jewish and Christian pro-Israel alliance. Now, we are developing a new magazine geared toward the pro-Israel Christian community that will further strengthen the relationship between our two communities. Introducing Israel InSight! Debuting in print in early 2020, Israel InSight draws on three decades of nationally award-winning experience covering Christian support of Israel, and Jewish-Christian relations. We believe that strengthening and guiding the two communities through this relationship is a crucial step toward a better future for Israel and deepened ties and enhanced understanding between Christians and Jews. 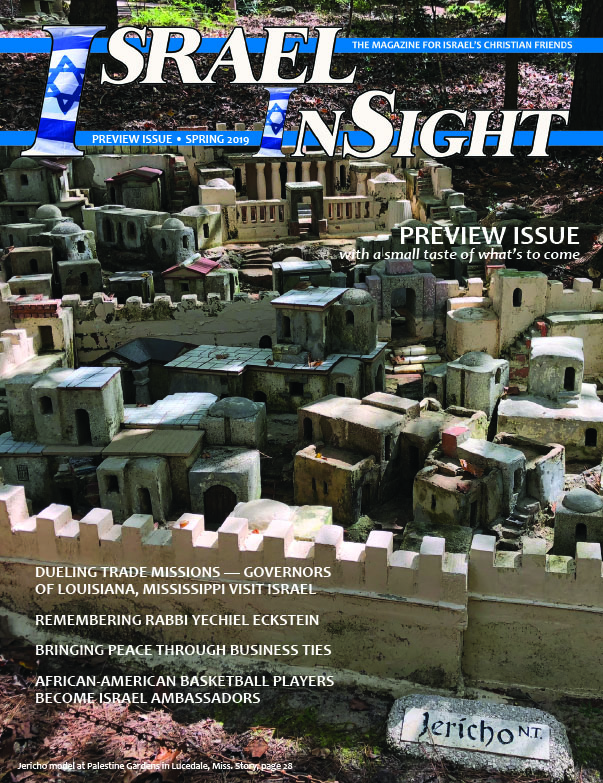 What is Israel InSight?

Israel InSight is a new pro-Israel magazine that will include a vast array of stories unlike any other publication. The magazine will recognize and celebrate the values and pro-Israel commitment that Jews and biblically-inspired Christians share. It will also highlight the strong and diverse advocacy emerging as Jews and Christians work together on behalf of Israel in these hostile times. You can view our prototype here.

Christian leaders know well that some in the Jewish community have been skeptical of their motivations, given the difficulties that Christians at times have posed for Jews over the centuries. Many Christian leaders who we have spoken with about Israel InSight have said it is significant that a magazine like this comes from the Jewish community, as they see it as a visible demonstration of the two communities working together on behalf of a shared passion — Israel — and it will help both communities learn about each other. 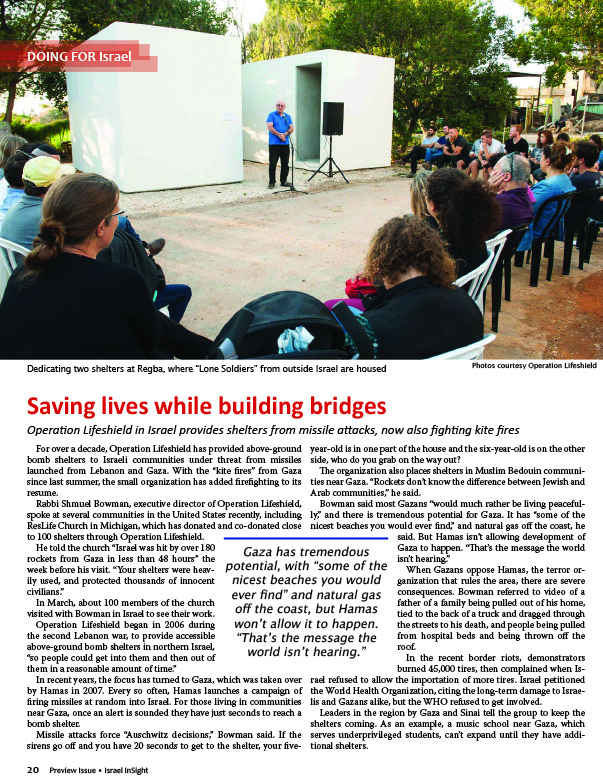 With your support, through honest journalism and creative education, we can build an even stronger Jewish-Christian partnership on behalf of Israel, work together to combat anti-semitism, and thwart the growing anti-Israel movement. This magazine will educate, motivate and celebrate about Israel, its growing national and international support from the Christian community, and the US-Israel relationship. It will help Christians learn more about Israel, motivate them to become involved in Israel in a hands-on way, and celebrate the revolutionary transformation that has taken place in Christian-Jewish relations. 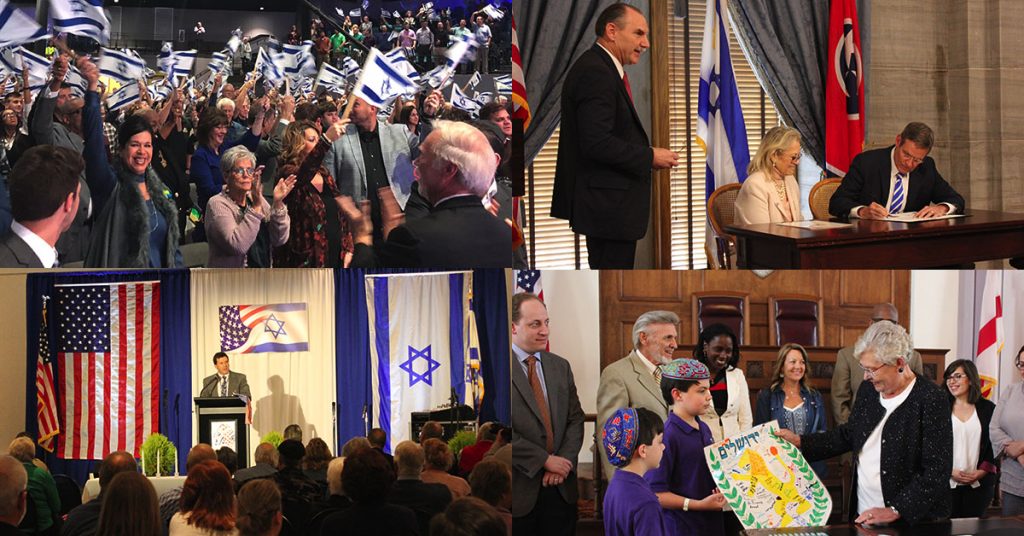 There is power in numbers. When you join us in this endeavor, you are joining a more unified community of Israel supporters. And as we all know, we can always use more support for Israel. Together we can lead the way as Israel InSight focuses on maintaining the enthusiasm and support in our pro-Israel community.

The funds we raise through this campaign will: 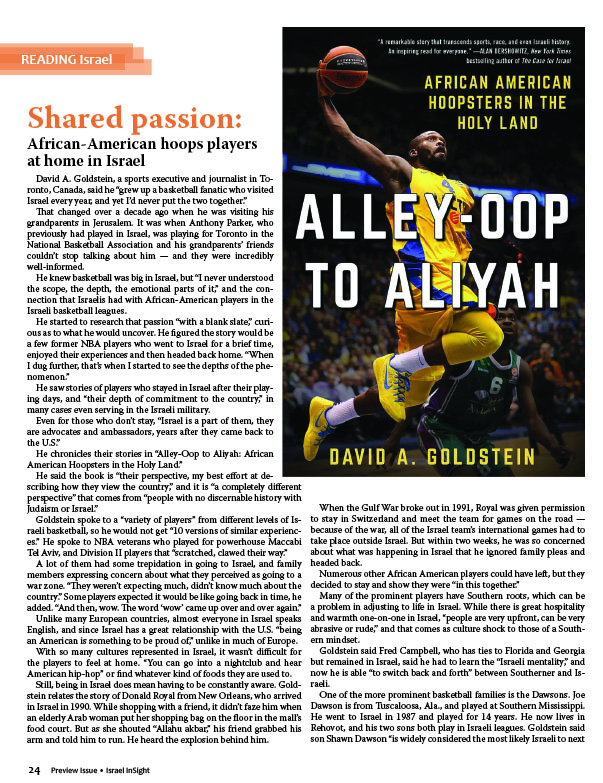 Israel InSight is being launched by Larry Brook, 30-year publisher of Southern Jewish Life, the award-winning Jewish news magazine that covers four Deep South states. Joining the team as associate editor is Richard Friedman, who recently retired after 37 years as executive director of the Birmingham Jewish Federation, which has been a pioneer in outreach to Christian supporters of Israel. In developing the new publication, they have met with and consulted a wide range of national and local pro-Israel Christian groups. Friedman also is an experienced journalist, having won Associated Press awards in his previous career as a reporter for the Birmingham News. More recently, he has written on Israel and Jewish themes for national media including the Wall Street Journal.

With three decades of experience publishing the Deep South’s Jewish magazine, in a region where Christian support for Israel and the Jewish community is widespread and passionate, they are uniquely positioned to explain that evolution and report on what is truly one of the most exciting developments in the last two millennia.

Pictured below: The Alabama-Israel Task Force making a presentation to Alabama’s governor, after returning from a presentation at the Knesset, marking Alabama’s first-in-the-nation resolution calling Jerusalem Israel’s “eternal undivided” capital. 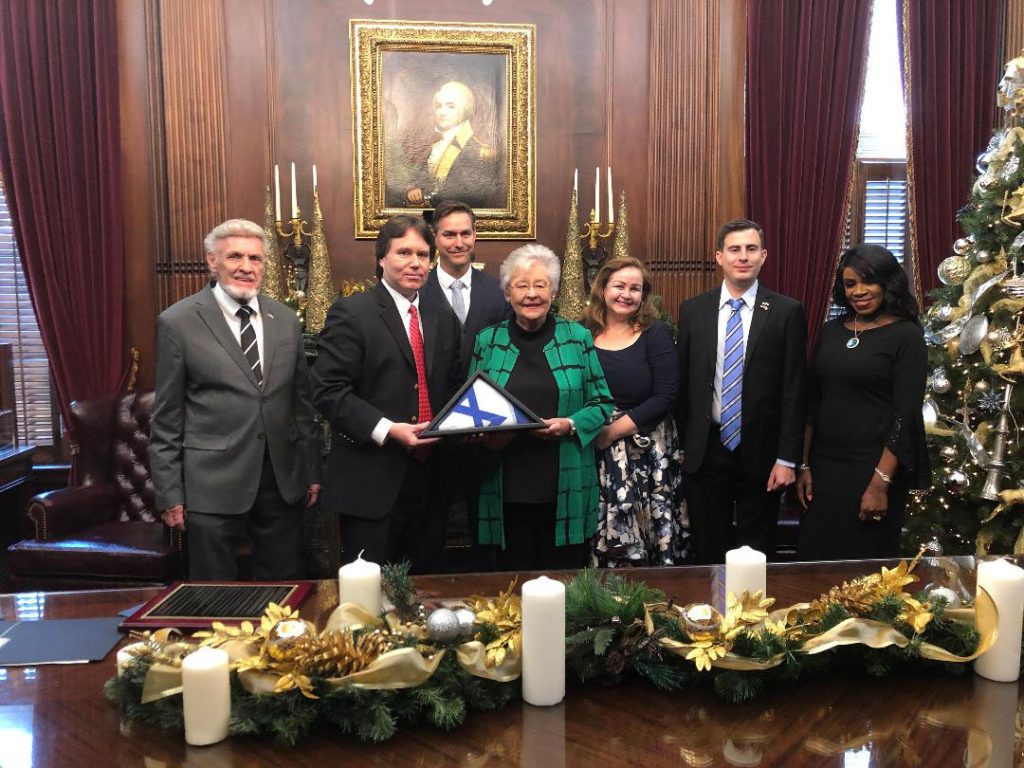 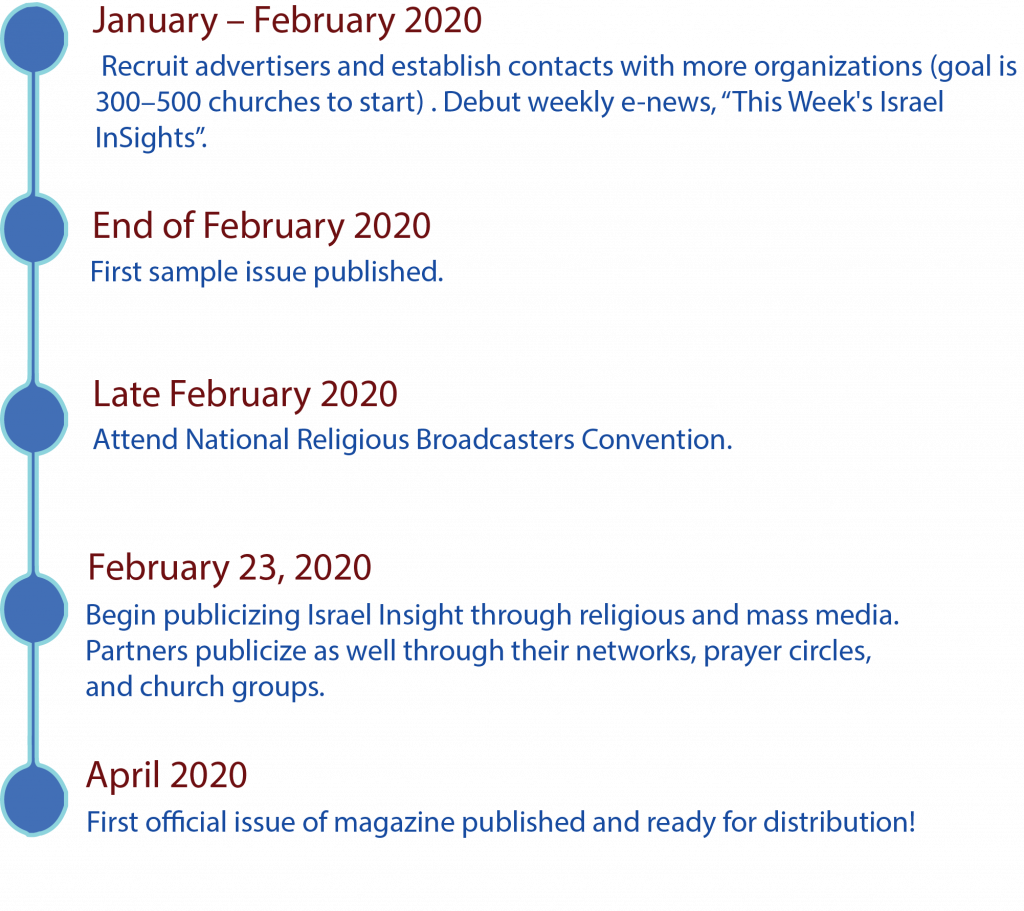 Pictured below: An Alabama Church group at the Jerusalem embassy. 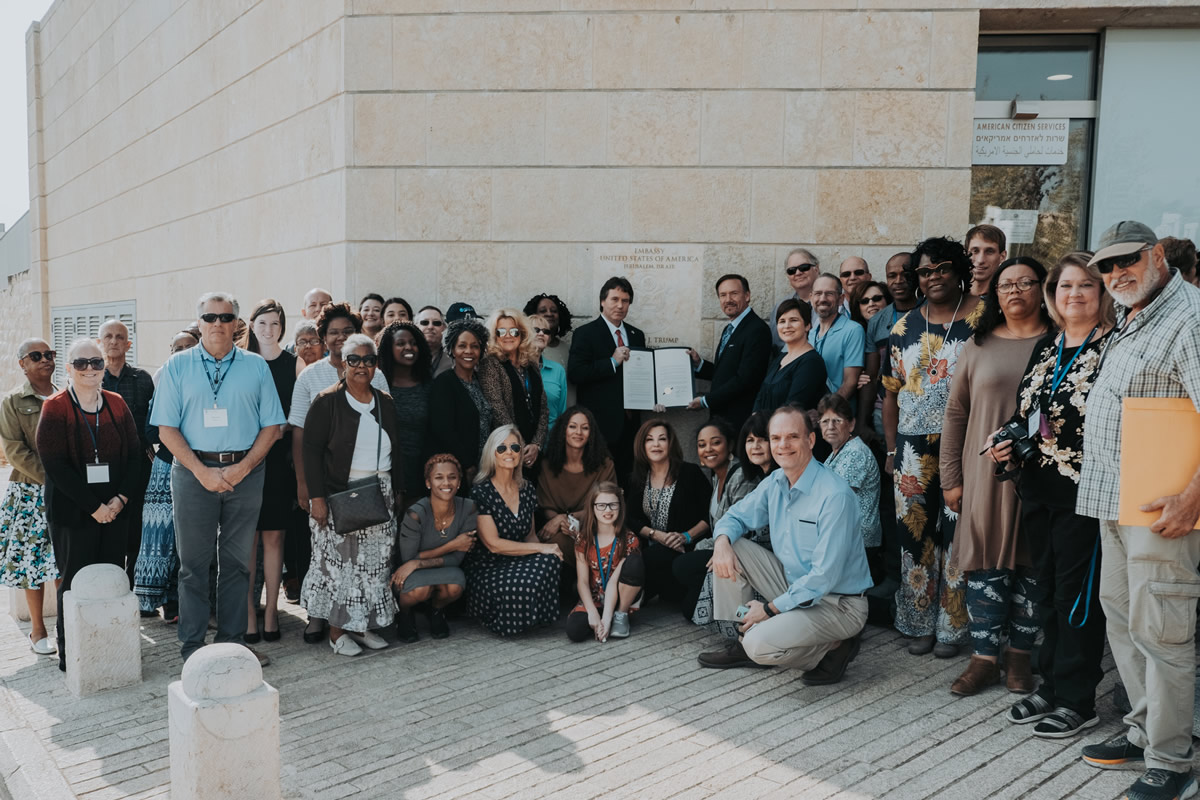 There are fascinating personalities in Israel advocacy, with incredible personal stories. Few in the Christian and Jewish communities are aware that many historic, transformative initiatives in Israel started as projects of U.S. Christian organizations. Help us bring these stories to light and support the future of Israel.

No new updates
Anonymous donor
$72
Avraham
$36
"Aveinu"
MavenLeRoi, LLC
$54
John Buhler
$250
"Very grateful for the inspiring vision and mission of Israel InSight! This will be a tremendous educational resource, an undeniable witness that Israel is not alone, and a unique blessing to so many who care deeply about Israel and the Jewish people - May"

Israel InSight is being launched by Larry Brook, 30-year publisher of Southern Jewish Life, the Deep South's award-winning Jewish news magazine. Joining the team as associate editor is Richard Friedman, who recently retired after 37 years as executive director of the Birmingham Jewish Federation, which has been a pioneer in outreach to Christian supporters of Israel. In developing the new publication, they have met with and consulted a wide range of national and local pro-Israel Christian groups.