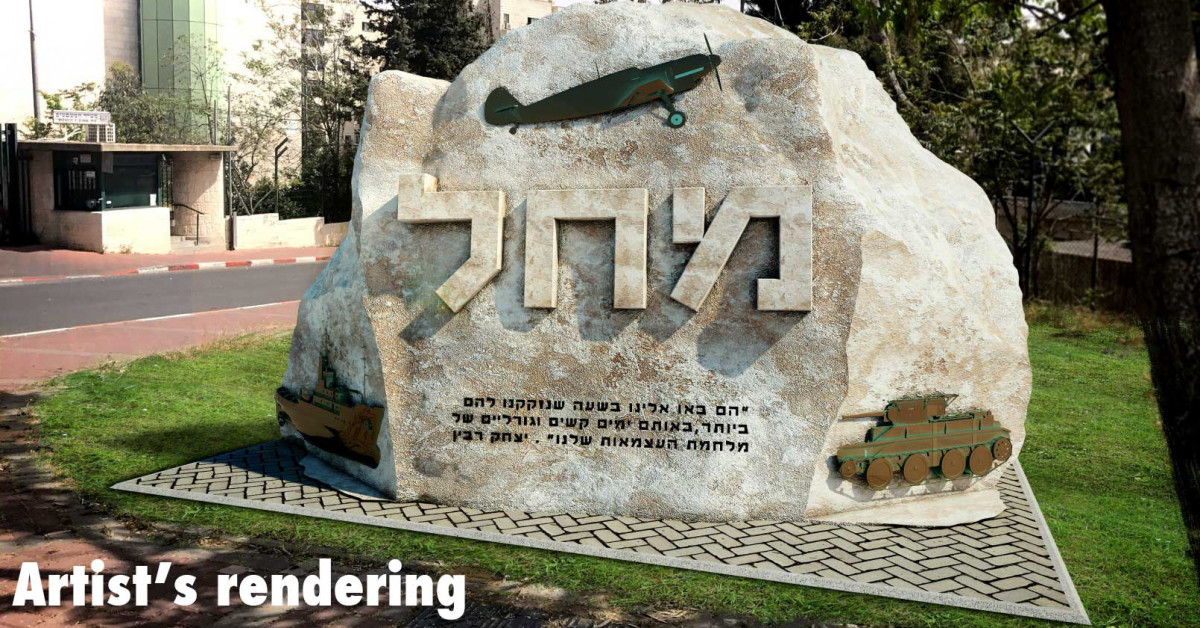 The planned Jerusalem Machal Memorial honors the legacy of the 4800 Machal volunteers from 59 countries (1100 from the United Sates and Canada who served in the creation and defense of the State of Israel during its War of Independence (1948-1949). It carries a powerful message furthering Jewish unity for all generations, present and future.

Adjacent to the Ammunition Hill Memorial Site, work has started on the project. The striking monument and narrative markers are a once-in-a-lifetime opportunity to perpetuate the legacy of Machal and Aliyah Bet. It will be an enduring Machal footprint in the eternal capital of the Jewish people. 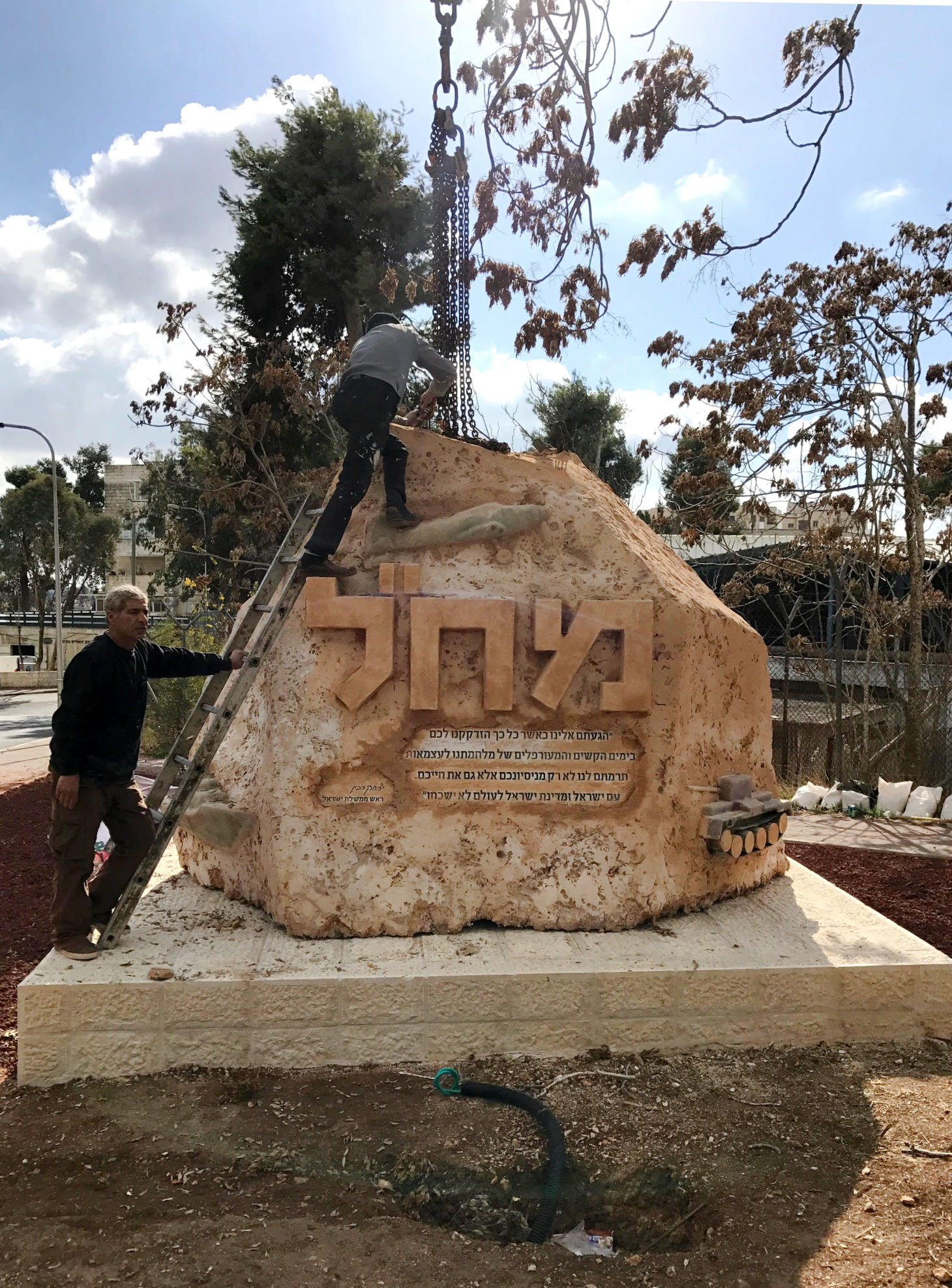 AVILC is implementing the Jerusalem Machal Memorial project in collaboration with The Jewish American Society for Historic Preservation (JASHP). The Jerusalem City Council has unanimously approved the project. The expected dedication date has been set by the Council for December 17, 2017.

In July 2017, JASHP unveiled a monument to the 1947 Exodus ship, part of the Aliyah Bet operation bringing holocaust survivors to Israel. Located in the Haifa Port, it was the first monument to the Exodus in Israel. 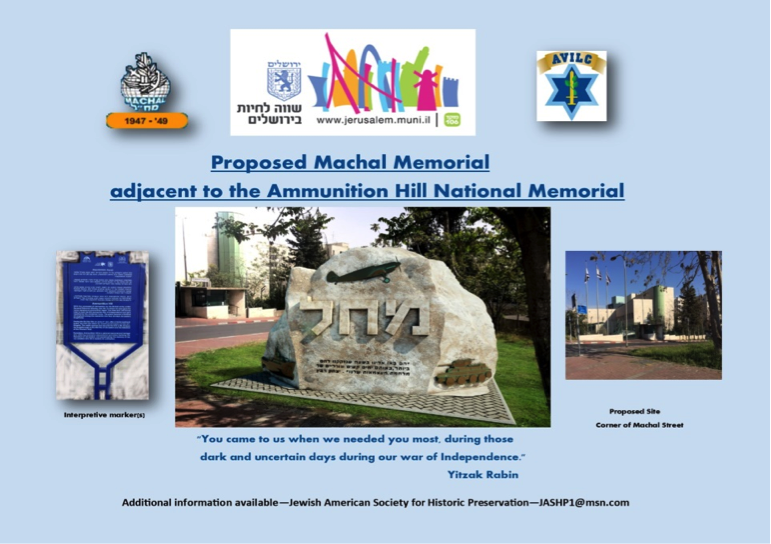 No new updates
Anonymous donor
Richard Feldman
$25
"Yasher Koach to Uncle Simon"
Sternbach Family
$108
"In memory of my father, Samuel E. Alexander, proud member of the Golani Brigade. War of 1948."
Deborah Alexander
"In honor and memory of my father, Samuel Alexander, who was a member of the Golani Brigade in Israel's War of Independence"
Judy Alexander and Bruce Chalmer
$100
"In memory of my father, Samuel E. Alexander, z"l, who served Israel in 1947-48 and continued his lifelong commitment to Zionism and Israel; also served on the Board and as president of the AVI."
Chaplain Doniel Z. Kramer, USAR (ret.)
$25
"Kol hakavod laMACHAL.. HeShem ye'va'rech'chem!"
Contribution made by Josef and Roberta Flaschner
$25
"In memory of our fathers who were both World War Two Veterans Joseph Schwartz and Chaim Flaschner"
Anonymous donor
"In honor of Sam Lewis"
Carol Spiegelman-Wills
$50
"So proud of my father Si Spiegelman"
Margolis Family
$100
Robert Ferber
$100
"In Honor of Simon Spiegelman"
Riva Hayden
$25
Ben Margolis
$50
"Am Yisrael Chai!"

Informing the world about the American volunteers in Israel's War of Independence.