Yes
Home / Projects / What Can Graphic Novels do for Jewish Literacy? With Your Help, a LOT!

Hi. I am an artist, illustrator, and author and I love making and writing about contemporary Jewish Art. But before that, I made conceptual art with electrical wires. How did I go from wires to Jewish art? It started with a memory. 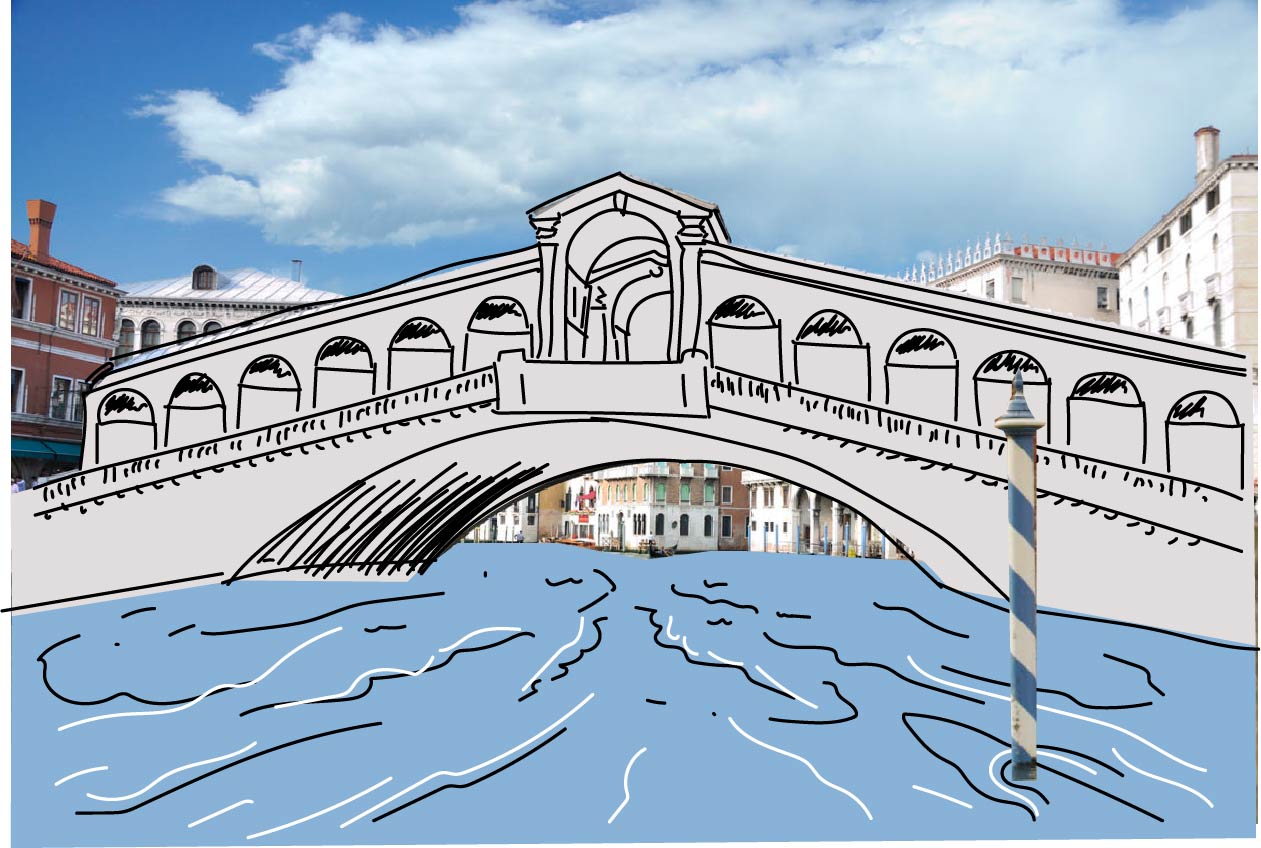 In 2002, I studied abroad in Venice Italy. The streets wound their way over bridges and under buildings. The Venetians threaded these streets everyday! Flash forward to 2007, I came across a map of Venice that included the outline of its eruv. An eruv is a symbolic Jewish enclosure that embraces an entire neighborhood. For Orthodox and traditional Jewish communities the boundary declares the space within as one communal home, which allows people to carry objects on the Sabbath. In my imagination, I saw the eruv threading its way through the city like the Venetians.

Up until that point, I had very little experience with eruv maps and so I did a little reading. I was captivated by all the rules described in the Talmud. Why? Like electrical wiring, the eruv had to be a loop and the wires could not cross. For the next ten years, I made eruv map paintings with acrylic and thread on paper. They were very well received! Here is one article about my work. 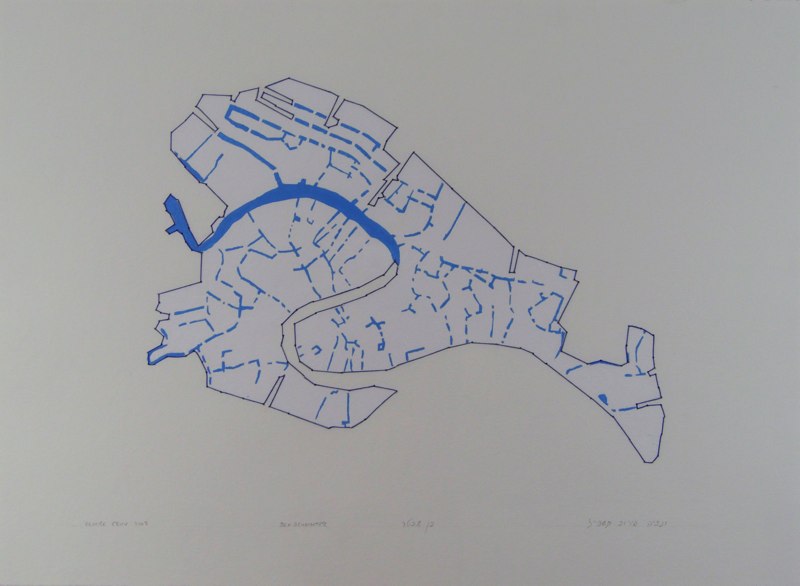 But as time passed, and I read more Talmud, I realized that my conceptual artwork didn’t capture something else that started to become more and more interesting – the lives of the sages.

What Is Akhnai Pizza About?

Akhnai Pizza is my first comic book. It will be the first of a series of visual stories that explore how sages treated each other in Jewish literature and why that might be important to us today. Akhnai Pizza is my retelling of the famous debate between Rabbi Eliezer and others – The Oven of Akhnai. Their disagreement focuses on an oven that is cut into coils like a snake. Eliezer says that the oven can never be ritually soiled. To prove it, he calls on a tree, a river, the walls of a building, and Heaven. Indeed! Heaven agrees with Rabbi Eliezer.

What was the sages response? Did they accept Heaven’s decree? No. They famously say, “The Law is not in Heaven!” This is understood to mean that since Jewish Law had already been given to the Jewish people at Mt. Sinai, it is the people – and the sages – who interpret it. Sometimes, people stop reading the story at this point. But there is more! Rabbi Eliezer is excommunicated and and it only gets worse from there! 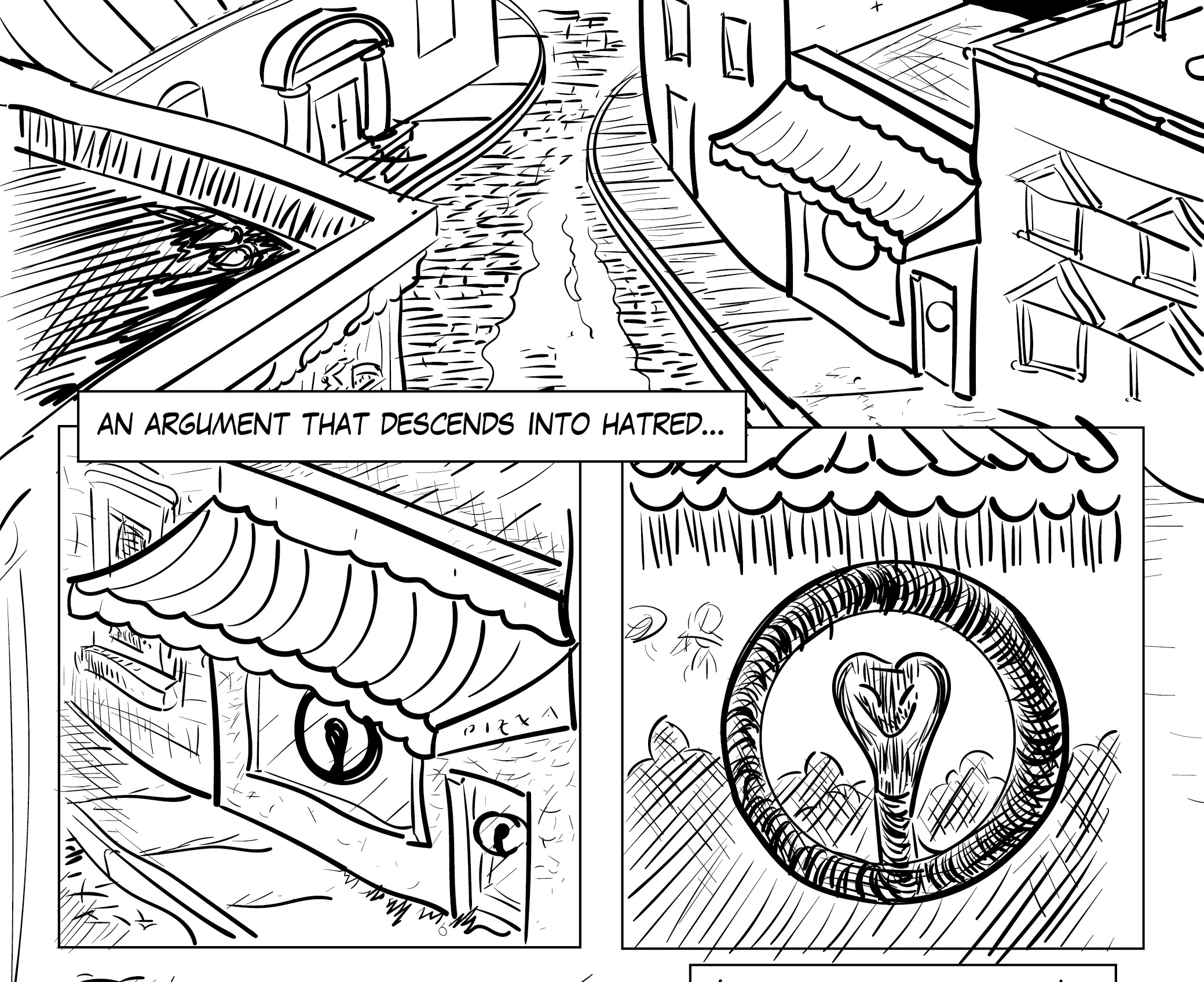 Akhnai Pizza is my contemporary retelling of this tale. The characters argue over the best pizza in the city. Instead of a tree getting up and walking away, one of Pittsburgh’s famous bridges steps off its moorings. Throughout, I focus on the characters, what they are feeling, what they want, and how a friendly argument descends into mistrust.

Want to know what happens next? Support visual biblical story telling and find out!

But even more important than that, be part of the story.

Why is Akhnai Pizza Important?

Akhnai Pizza will be the first of several stories that I will produce.  It is written for readers who like graphic novels and comic books who might not know much about Jewish texts – yet! My stories are not just another illustration of Jewish literature. My stories reinterpret them for new readers. In Akhnai Pizza friends discuss the best pizza in the city, they argue over sports – just like the rest of us. But the story also explores human nature, why we lose friendships, and maybe what we can do about it. A comic book is the ideal form to tell that story. And it all starts with an innocent question, “What makes Akhnai Pizza the best?” 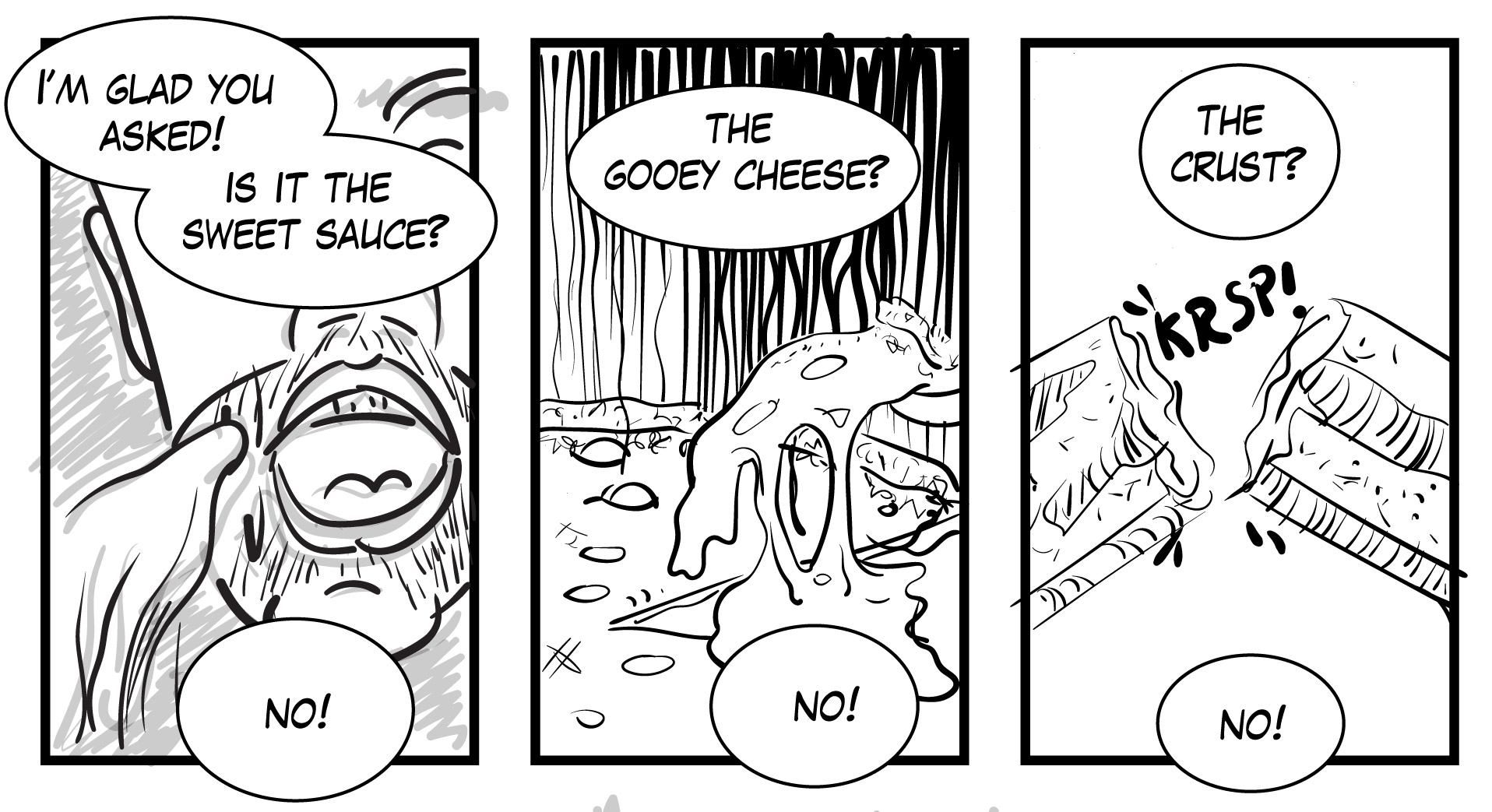 And that brings me to the second reason Akhnai Pizza and future illustrated stories are important. Comic books and Graphic novels do not lack for Jewish content. From Maus to recent visual editions of Anne Frank’s Diary, the Jewish imagination is thriving. Akhnai Pizza contributes to our collective imagination in another way. It makes direct connections to our written and spoken traditions and our lived experience using a popular form – visual story telling.

Why I Need Your Help

I need you to help me complete this project and begin others. I have been working on the illustrations for over a year. But I need you for the last part, publishing and distributing Akhnai Pizza. Once this comic is completed, I will be able to produce more with the experience and knowledge I gained with your support. I hope that it will be widely read and that it will be the first of many! Let’s expand Jewish literacy together!

Hi! I am an artist, illustrator, and author. I bring Jewish texts and ideas into my work. My artwork has been exhibited at the Jewish Museum in New York, the Jewish Museum in Berlin, The Westmoreland Museum in PA, and throughout the United States. I was also invited to participate in the Jerusalem Biennale in 2017. My illustrations can be found on 929.com, a website that publishes daily interpretations of Tanakh. Also, take a look for my book, "Image, Action, and Idea in Contemporary Jewish Art." I live in Pittsburgh with my wife and four children.

Help Jewish Singles across the World find love in the right way!