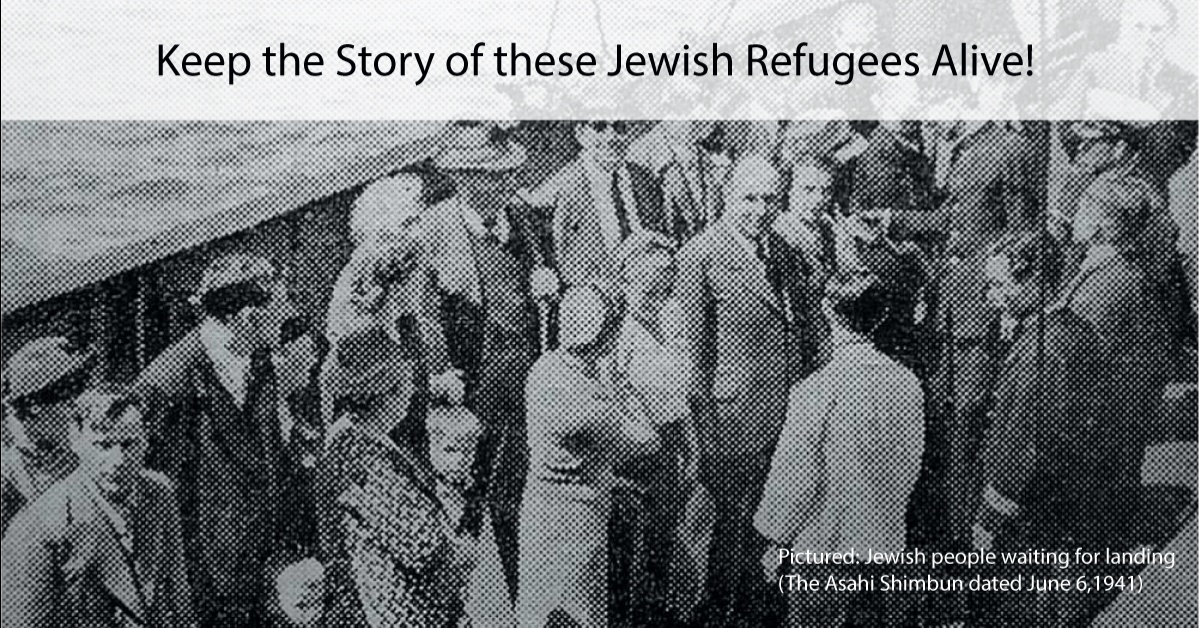 Did you know that the city of Tsuruga, a port city in Japan, has incredible historical ties to the Jews and Israel? In the 1940s, Jewish refugees made their way to Tsuruga, a place that welcomed them with open arms. Before that, Polish orphans were taken in during the hard times of the 1920s and cared for by the people of Tsuruga. If you didn’t know this, you’re not the only one. In fact, many natives of Tsuruga are unaware of their impressive history, and the significance that their own city has on the lives of many communities and cultures around the globe. For this reason, we are putting together a festival that will celebrate our “Port of Humanity” and engage people with the various cultures the city has historically helped.

We want the people of Tsuruga to be proud of their history and to be aware of the impact they’ve had on the Jewish community. They should recognize the historical event of “Visas of Life” led by Chiune Sugihara, which saved thousands of Jewish people’s lives. The Tsuruga International Culture Festival will bring people together to learn, explore and share in the memories of this incredible history.  Festival attendees will experience the cultures and countries we have impacted including Israel, Poland, Lithuania, and the Netherlands! Through programs, films, food, and performances, attendees will learn and celebrate these cultures. 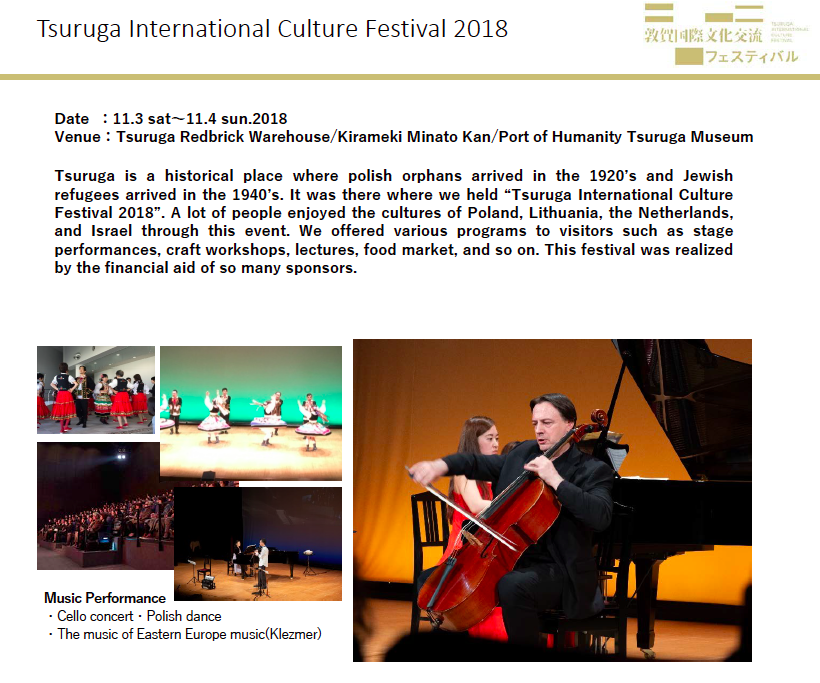 There will be plenty of distinct examples to represent the four countries, including Israel. There will be a Food Market, cultural exchange workshops,musical performances, lectures, and more. For example, we have developed an education program about the brave diplomats such as Jan Zwartendhijk, who was deeply related to the “Visas of Life” initiative. 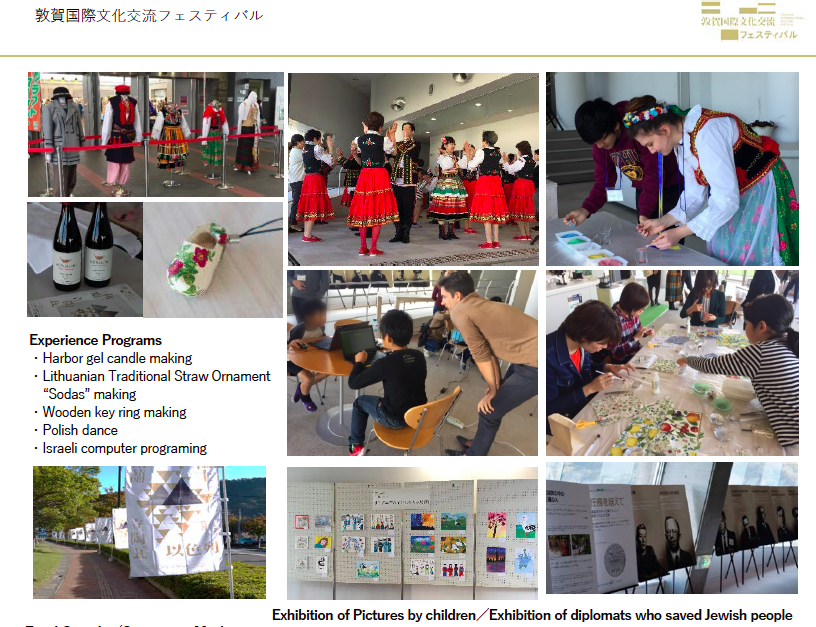 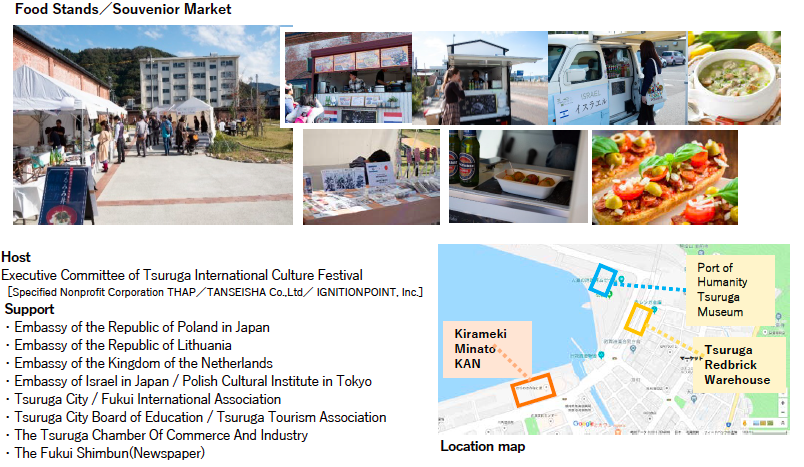 We have also invited the children of Sugihara survivors to the festival as special guests. One of these descendants is Damon Krukowski. He is a professional musician living in the US and his father was a Jewish refugee saved by the ‘’Visas of Life’’ of Chiune Sugihara during the wartime. 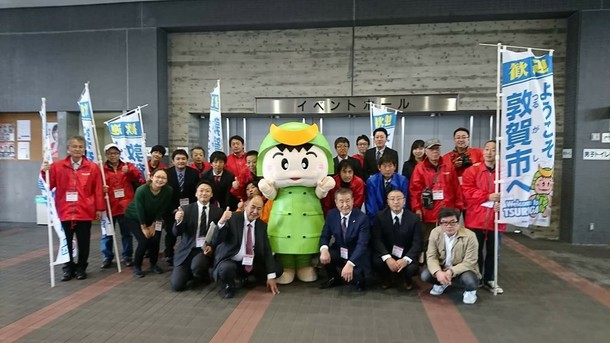 We are the Executive Committee of Tsuruga International Culture Festival. We are supported and represented by an incorporated non-profit organization THAP. THAP stands for Tsuruga Heartful Amenity Port＆People. We are working to make the port town of Tsuruga a pleasant city and create heart to heart interactions between people. 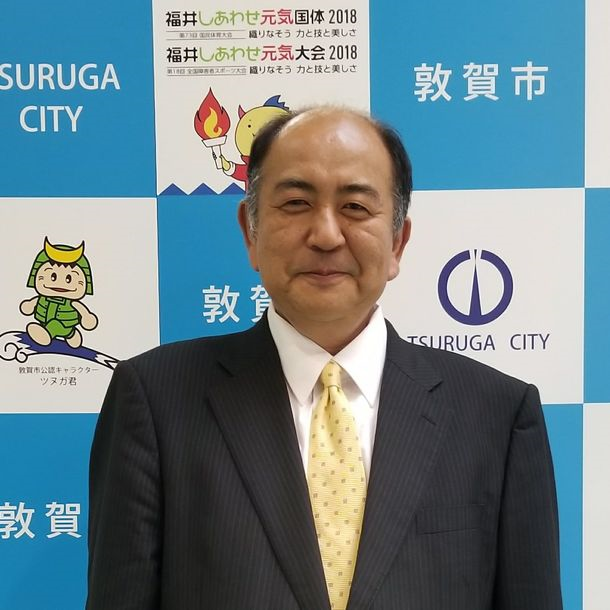 The chairperson of THAP is Yutaro Ikeda, and he is also the chairperson of the committee. Yutaro was born in Toyama prefecture of Japan, moved to Tsuruga as a child. Attracted to the people and its generous character of Tsuruga, decided to settle down in this land for the rest of his life. He has supported many activities to revitalize the city of Tsuruga. His goal is to make Tsuruga a cheerful and livable city by putting his effort into the project of Tsuruga International Culture Festival. He hopes to make Tsuruga Japan’s leading international city that attracts both Japanese people and people from overseas in the future.

In order to keep the memories of this history alive, we need to educate and inspire the next generations. This festival will help preserve the memories of the ties that bind Japan to Israel and thus continue to forge stronger relationships between the two countries today. As the world becomes a more divided place, we must find any excuse to bond with one another.

Through this festival, the visitors will learn and experience Israeli and Jewish culture as well as the cultures of Poland, Lithuania and the Netherlands in one fell swoop. This is a very rare and precious opportunity for the people of Japan. It is a one of a kind festival which can be held only in Tsuruga.

The families of the ‘’Sugihara survivors’’ will be grateful to you for supporting this project. You will be celebrating the memories of Sugihara’s heroic and courageous actions. The survivors are Sugihara’s legacy and the recognition of Tsuruga’s actions won’t be forgotten. 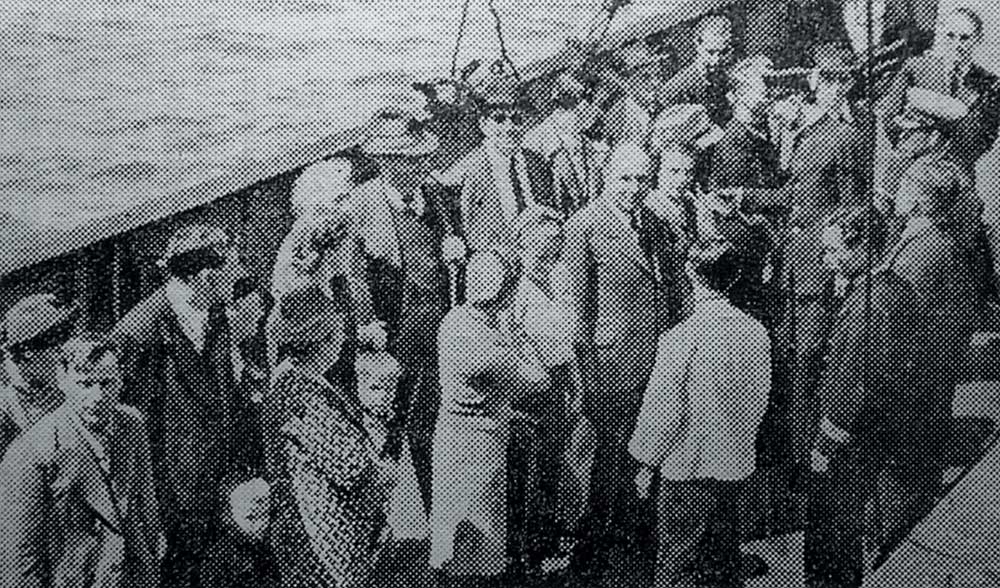 Your support helps us to achieve the following goals:

Looking for the ‘Angel of Curaçao’: The Unknown Hero of Jewish Refugees – (Jan Zwartendhijk）  featured in the Japan Forward 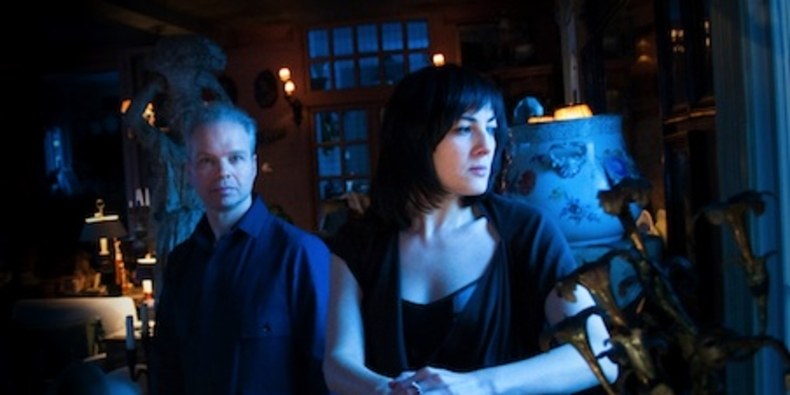 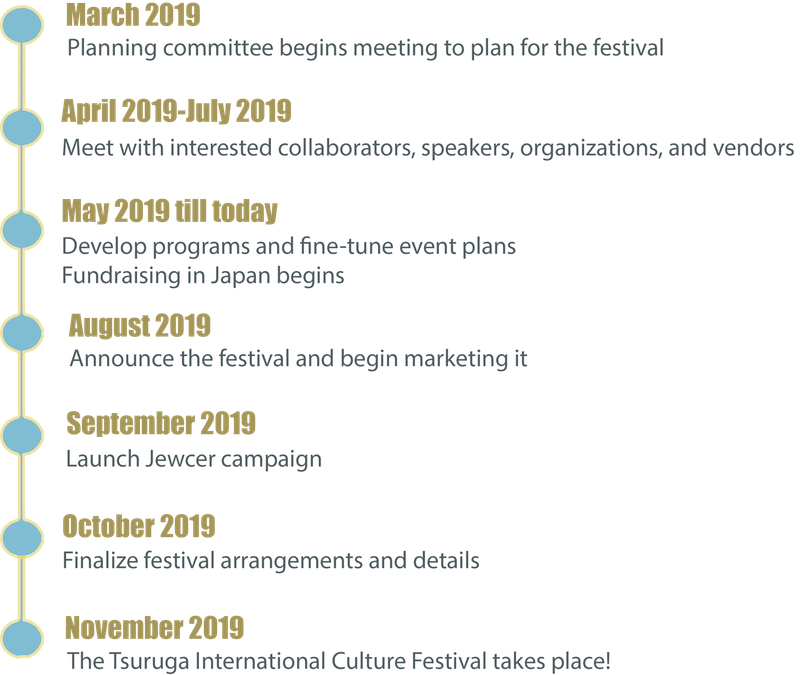 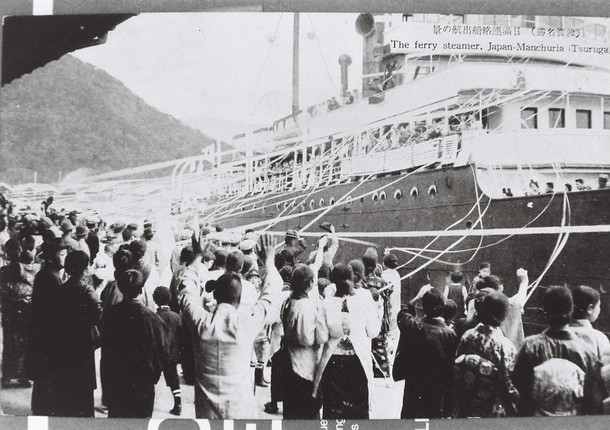 The stories of the heroic work of the Tsuruga men and women of the early 1900s are in danger of being forgotten. The Jewish people are familiar with the importance of retelling the stories of their past in order to never forget the significance of their future. We also want the people of Tsuruga to treasure their past so that they may take pride in their place in history and continue to form bonds with other cultures for generations to come.

We are the Executive Committee for the Tsuruga International Culture Festival, a project supported by the nonprofit organizationa called Tsuruga Heartful Amenity Port＆People (THAP). Our mission is to revitalize Tsuruga and make it a cultural hub that celebrates its incredible history. Many people do not realize how our rich history has impacted the Jewish community and many others. We want to make sure the stories, cultures and people involved have the voice and platform they deserve. We want to celebrate the history we share with the Jewish people, Israel and other European countries. We believe that by learning about one another, we will create more informed, tolerant and worldly citizens.